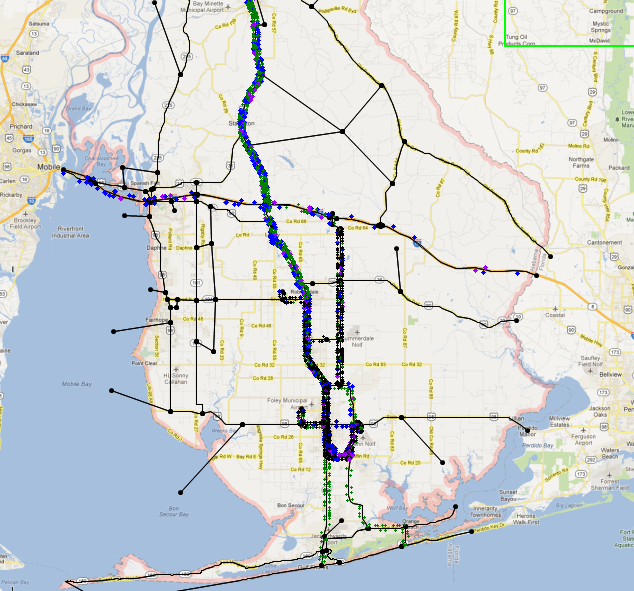 As part of a $1.5 million grant from the U.S. Dept. of Commerce’s Economic Development Administration (EDA), The University of Alabama in Huntsville’s Center for Management & Economic Research (CMER) and Center for Modeling, Simulation, and Analysis (CMSA) , the Economic Development Partnership of Alabama (EDPA) and private partners will join to support ongoing economic recovery in Alabama’s 67 counties. The Disaster Relief Opportunity grant from FY 2012 funds was announced by EDA during the week of March 4-8, 2013.  (posted HUNTSVILLE, Ala. -March 22, 2013)

The grant is designed to help communities build targeted strategies to diversify their economic base and develop plans to mitigate the impact of future disasters such as the 2010 BP oil spill or 2011 tornado outbreak.

“UAHuntsville is proud to continue our partnership with EDPA in enhancing Alabama’s economic development toolkit by expanding its modeling and simulation capabilities,” said Jeff Thompson, director of UAHuntsville’s Center for Management and Economic Research. “UAHuntsville, in concert with other research universities in the state, can help lead the development of Alabama’s 21st century economy with precisely these kinds of partnerships.”

Dr. Wes Colley, a senior research scientist at UAHuntsville’s Center for Modeling, Simulation and Analysis (CMSA), said the research will expand the capabilities of local and state leaders to see the growth or recovery opportunities for the state’s industries, perhaps before individual communities or companies can see them.“UAHuntsville wants to provide increased potential for Alabama to take advantage of economic opportunities first, before our competitors,” Dr. Colley said. “Working with EDA to find faster and better ways to recover from economic disasters, like the oil spill or tornado outbreak, is a particular way for us to help Alabama create a more robust economy for its citizens, companies and communities.”

The work of the grant will span a 15-month time period. At the grant’s completion, EDPA will present its findings to Gov. Robert Bentley and the Alabama Economic Development Alliance. The project is funded through the FY 2012 Disaster Relief Opportunity, administered through the EDA. Each disaster recovery investment is intended to support a community’s long-term recovery, spur job creation, leverage private investment and promote disaster resiliency.

The Disaster Relief Opportunity funding builds on work recently done with a 2010 EDA Oil Spill grant award. That work was conducted in eight southwest Alabama counties affected by the BP oil spill. Plans are to make the tools and information developed during the oil spill project available to the remaining 59 counties.

The funding will help to ensure Alabama’s economic resiliency by:

A goal is to minimize dislocations resulting from a major disaster by promoting job creation, supporting economic diversification or fostering disaster resiliency. The project consists of three components: target sector analysis; simulation and visualization tool; and transportation and logistics analysis.

We appreciate your interest in joining our mailing list to receive current business news and sustainable solutions for manufacturers and commercial businesses.

Sign Up Now
For Email Newsletters you can trust.